The One with All the Rugby

Ross and Emily run into some of Emily’s rugby playing friends from England. After Emily laughs at the idea of Ross playing rugby, he insists on playing even though the others are much bigger and more athletic. He proceeds to get beaten badly until Emily tells him all the other players’ physical weaknesses so that he can inflict some pain of his own. Chandler runs into Janice and in an attempt to head off a relationship before it starts says that he is moving to Yemen. Unable to get away from Janice or find a way out of his lie, he ends up packing his belongings and heading out on a flight bound for Yemen. Monica, recently moved into the guys former apartment, goes nuts because she can’t figure out what a light switch does. After making holes in the wall to follow the wire and calling the super and an electrician, she gives up. As she flips the switch off and on, we see the TV in the girls old apartment turn off and on. 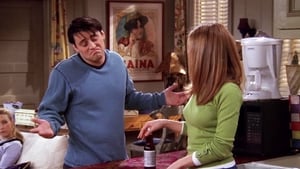 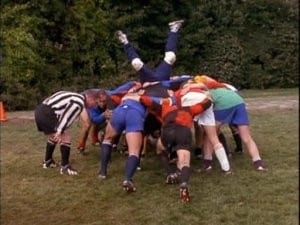